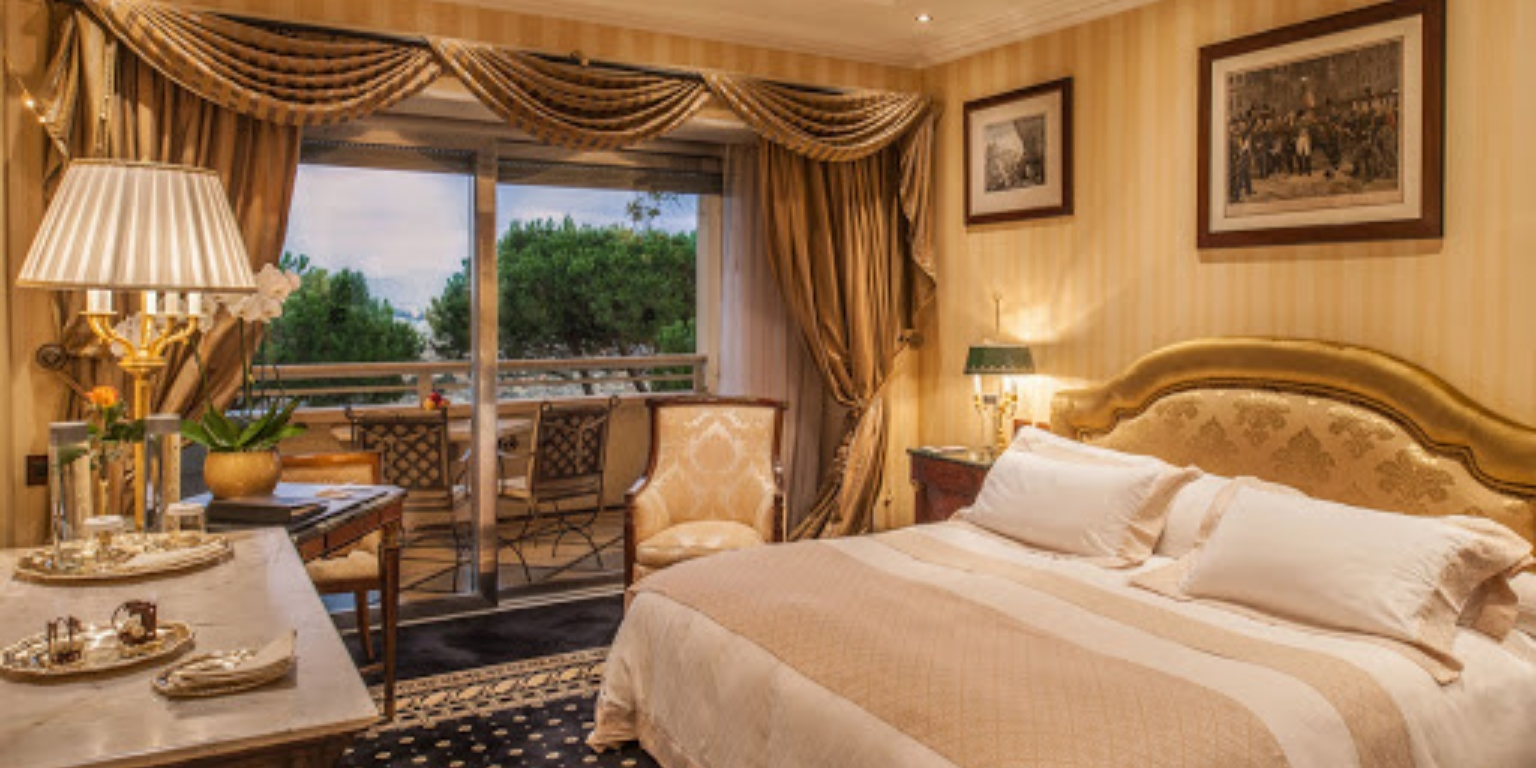 The Waldorf Astoria Rome Cavalieri is located on one of the seven hills of Rome. Admire the view from the many room balconies, the terrace of one of the luxury suites, or have an appetizing brunch at the gourmet restaurant. The view is simply breathtaking. Inaugurated in 1963, the opening of the hotel coincided with a period of unprecedented economic development and the height of the “Dolce Vita”.

The Cavalieri Hilton, the hotel’s former name, was a key feature of the Eternal City and a symbol of modernity. The building was designed by one of the most important architects of the time: Ugo Luccichenti, assisted by E. Pifferi and A. Ressa, with the contribution of two superstar architects of the 1960s: Franco Albini and the great Pierluigi Nervi.

The building is an admirable example of modular architecture and a stylistic exercise in the use of reinforced concrete, resulting in a pure style. Since its opening, the hotel has been committed to offering the highest level of comfort to its guests, it quickly became the number one choice of film stars, businessmen, and international visitors; all of whom demanded the highest standards when visiting Rome, considered a cultural status symbol. Year after year, the hotel has set trends, maintaining its role as a leader in the luxury hotel industry by enriching its offer and constantly innovating.

The hotel has welcomed the greatest in its many suites tastefully decorated with unique works of art! Offering the ultimate luxury of a terrace overlooking the entire city and even a Jacuzzi. Divided into three sections, starting from the premium and deluxe rooms to imperial rooms or imperial club. You can decide from Premium Rooms with private balconies or a Rome Vie Deluxe Room with a private balcony that can be reserved with Private Park View or Residential View

Look out over Rome from the top of your panoramic terrace. The glass ceiling slides away from you, revealing the prestige of a unique roof terrace with a jacuzzi in the tranquillity of your gaze lost in the magic of Rome. In the suite itself, you will find works by Andy Warhol, a sofa that belonged to Karl Lagerfeld. Pure luxury.

Party on the rooftops, soak in the hot tub, lounge in a designer chair, and enjoy masterpieces by Robert Indiana, all in an elegantly light-hearted way. Also, the Petronius suite with its Empire marquetry works or the Napoleon suite with its unique bathtub and its desk that belonged to Napoleon’s descendants!

ART AT THE CENTER OF THE ROME CAVALIERI

The Rome Cavalieri Hotel houses one of the world’s largest private art collections, with around a thousand priceless treasures ranging from 16th-century masters to contemporary art, and from Nureyev’s ballet costumes to Emile Gallé’s vases. Cavalieri’s most prized possession: the Tiepolo Cycle. Take time to identify Achilles, hidden among Lycomedes’ daughters, as he is unmasked by Odysseus.

At the top of Monte Mario, you will find the restaurant La Pergola, the gastronomic world choice by becoming the first starred restaurant in Rome. If you’ve ever wondered how the best chef in the world creates new dishes, imagine Heinz Beck taking a bath in the thermal baths, watching the first snowfall on the pine treetops, and being inspired to create a codfish simmered with yellowtail, all presented as a fresh maritime fresco.

At the first rays of the sun, L’Uliveto opens its doors, releasing the shadows of its guests on the terrace, who are delighted by the abundance of Roman harvests and the Italian ice cream specialties. Hidden behind dark glasses, with a smile on their face, guests taste fresh wines selected over time by Le Strade dei Vini. Uliveto showcases the finest products from small producers in the region who are proud to bring their expertise into the kitchen. To create a Mediterranean dish, the chef chooses beef from Chianina’s blonde herds, turbot from the Mediterranean, truffles from Piedmont, and the creamiest mozzarella from Appian Way. Delicious!

And don’t forget the Imperial Club, a business lounge reserved for the hotel’s premium suites and floors, where you can have tea, an aperitif, or even a digestif.

At the top of the Monte Mario hill, in a Mediterranean park overlooking Rome, is an exclusive members’ club, open to guests of the Rome Cavalieri, Waldorf Astoria and to those who wish to treat themselves to a moment of relaxation.

Popular with the Roman bourgeoisie, this extraordinary place offers the best of the spa, beautiful outdoor and indoor pools, solariums in the hotel garden among the green pines, and swimming in the crystal clear water of the outdoor pools. 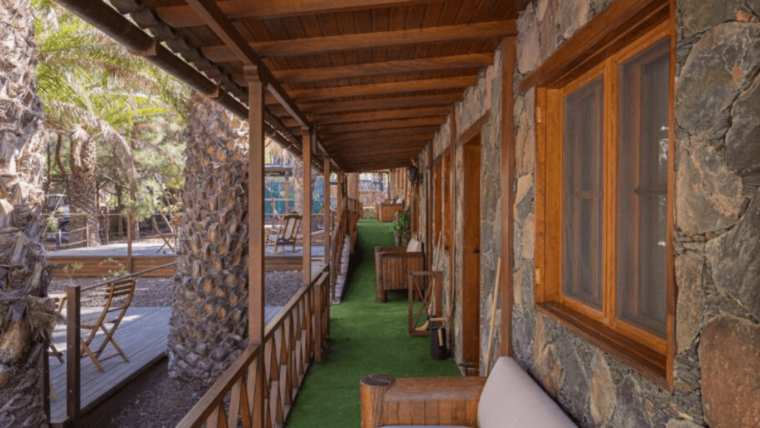 Redondo De Guayedra: An Eco Hideaway In The Canary Islands 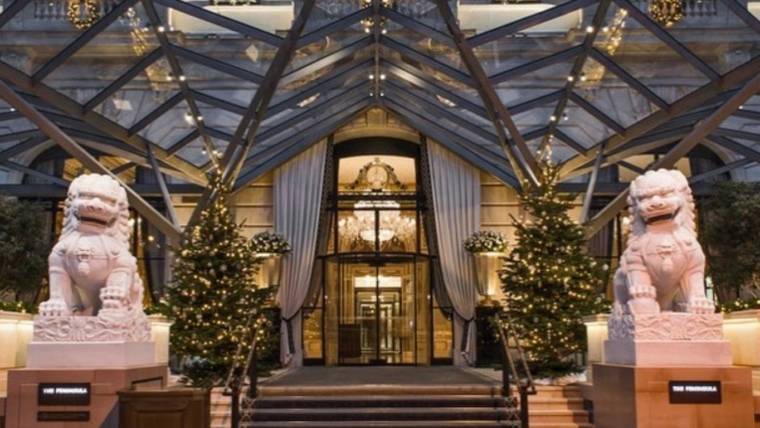