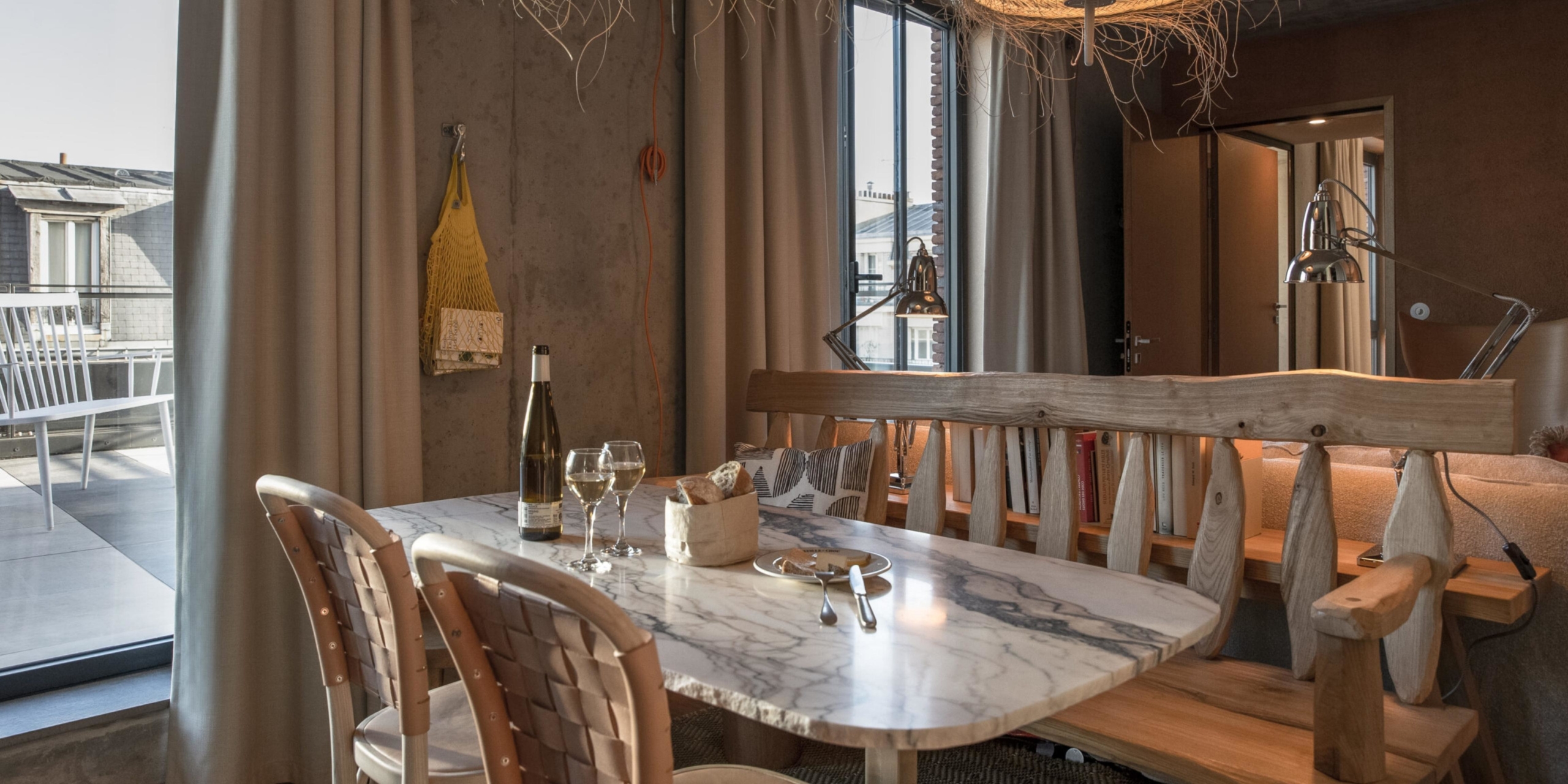 It’s here, a hundred meters from the MOB HOTEL inaugurated in 2017, that Cyril Aouizerate, Michel Reybier and Philippe Starck have joined forces to write this second chapter of a single novel. MOB HOUSE offers a new model of the hotel with its 3-in-1 room designed for longer stays: everything at once, bed, office and meeting room. 100 rooms, an organic brasserie with 200 seats, a planted garden of more than 2000 m2, an outdoor swimming pool of 20 meters, a gym, a conversation room, a large table d’hôte welcoming entrepreneurs in the making… And then MOB HOUSE is still a thousand other surprises, hidden references and little winks that it will be up to each one to discover as they are revealed to him…

MOB HOUSE is first and foremost about finding France as a destination and the reason for the trip. A France that, in its universal vision, speaks to the world. Because it is the most visited nation. Because the French tend to rediscover and reappropriate their own country. Because in a perfect hexagon, France offers the most incredible diversity of landscapes and climates, of natural or cultural heritage that can be imagined.

At MOB HOUSE, France will be present everywhere. Starting with the menu of its restaurant “Feuille de Chou“, a local and organic brasserie with 200 seats, which draws on historical know-how to create a light cuisine that gives pride of place to the products.

MOB HOUSE is based on the principle of social ecology. From the construction of the building, which favors terracotta, wood and clay, to the furniture, which gives priority to natural materials. From the catering offer that uses fresh products, small organic producers and short supply chains. To its 2,000 m2 of open-ground garden planted with trees. With, exclusively and as always at MOB, natural hygiene products, are obviously certified organic and produced in a traditional way in Bordeaux.

MOB HOUSE is above all the work dedicated to the very heart of wandering and hospitality. From the construction of the building, privileging the know-how of craftsmen from France and Italy. Right down to the open kitchen, where guests can see the dishes they are about to eat. With its spaces dedicated to the nomadic worker, who comes here for an hour or a meeting, for the day or for a professional lunch. With its store offering stationery, drawing and writing materials for the visitor to covet and the worker to buy.

With its conversation rooms, welcoming teams who have come here to find a refuge, at once exotic, welcoming and stimulating, likely to help them think, work and produce their projects together. And then, perhaps more than anything else, it is in the “3-in-1 room” that the centrality of work and production is embodied at MOB HOUSE. It is here that work and rest, the professional and the intimate, intersect without ever merging. It is here that, for the price of a night in a hotel, the traveling entrepreneur now has a large room, a real meeting room and a real office in a single modular space.

MOB HOUSE revisits the notion of value and the concept of luxury. With its organic restaurant, its gym, its terraces, its outdoor swimming pool or its high-speed wifi in all spaces. However, the deep conviction of its creators: Cyril Aouizerate, Philippe Starck and Michel Reybier, is quite different. For them, the real wealth offered by MOB HOUSE to all its guests lies elsewhere. A richness that could be summarized as follows: time and space. The value of suspended time, for an hour, a day or a whole week. The time for lunch, a night, or a stay…

The luxury of space is open to everyone, somewhere between work and leisure. A place, not of dilution, but on the contrary of conciliation between the professional and the intimate… As Cyril Aouizerate likes to remind us, the real luxury in our time where everyone wants everything in one click, is to take one’s time. 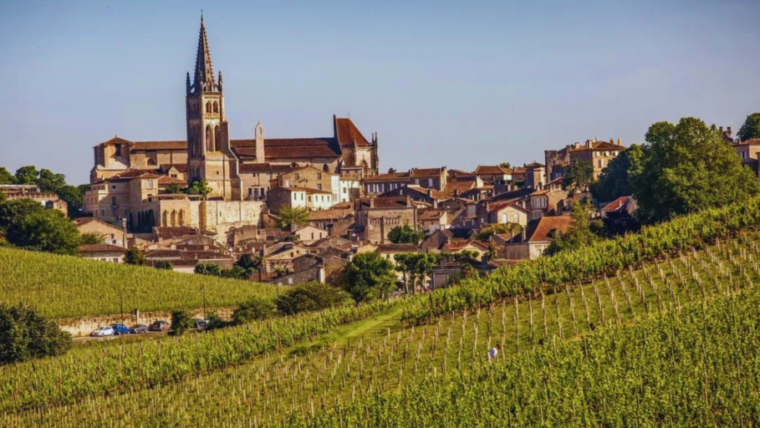 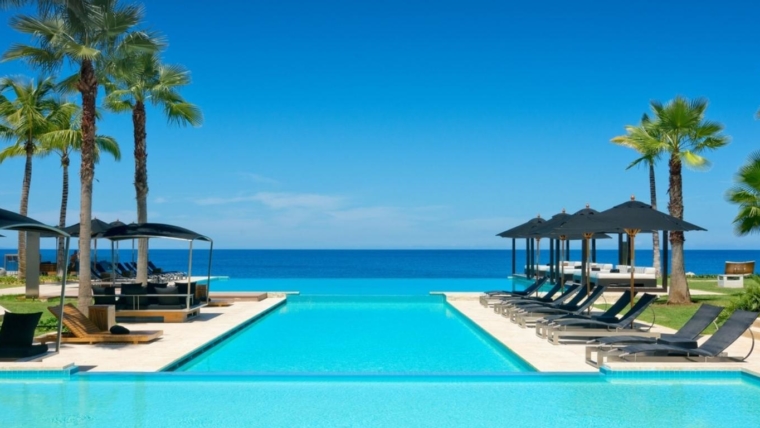 An Intimate Retreat at the New Ocean Club Dominican Republic